What Machine Learning can and cannot solve

Just observing searches in Google Trends for the keywords “Artificial Intelligence”, in Argentina and Globally, confirms that it is very present in many daily conversations. The following graph shows the proportion of searches: 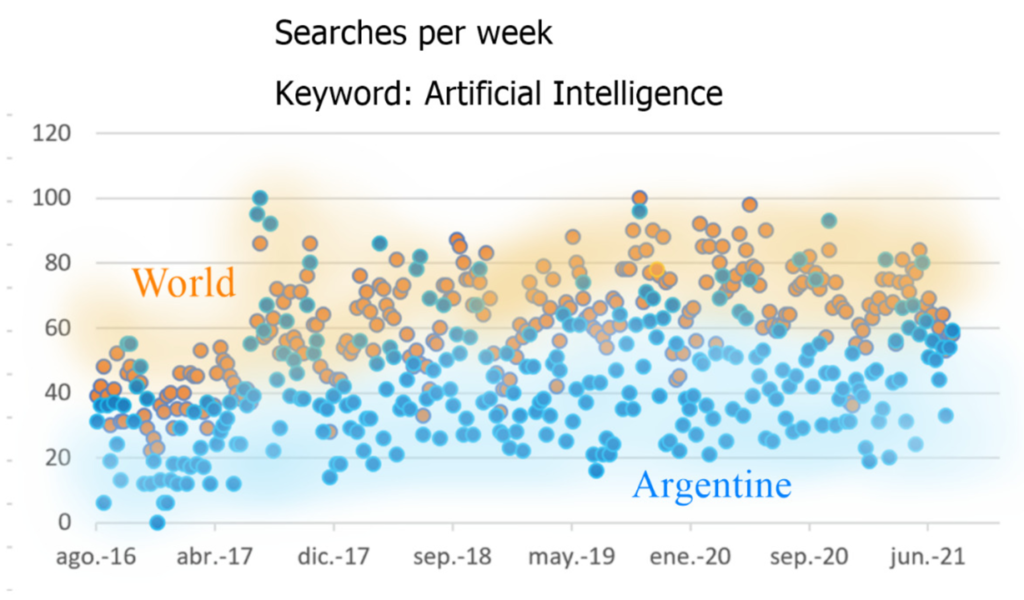 Notably, the world (yellow) has systematically more searches for these words than Argentina (blue). This becomes more pronounced when we search for the words “machine learning”, which is usually given almost magical powers in relation to its ability to solve business problems. 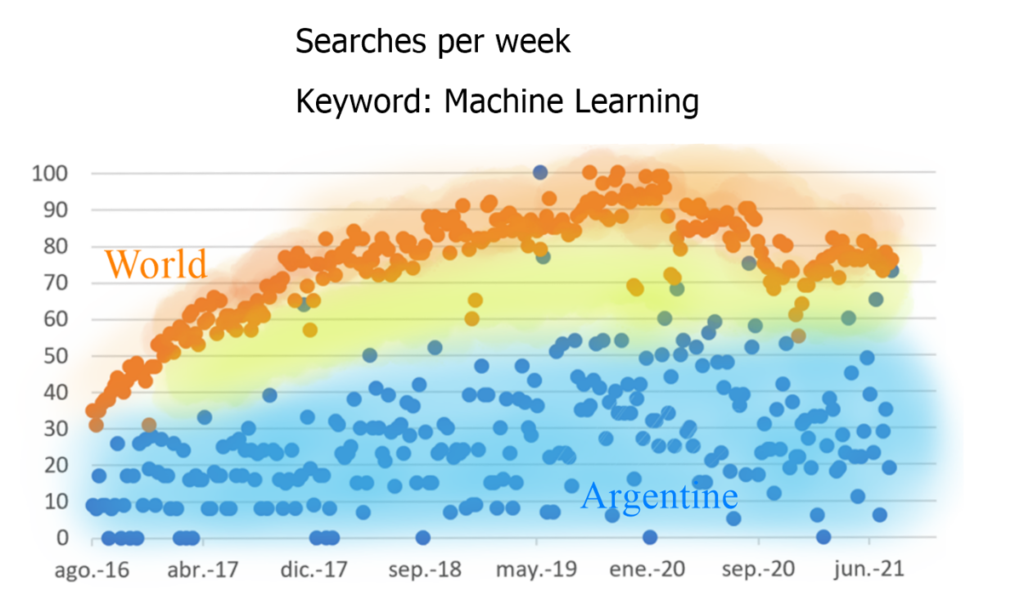 The stark difference (yellow band separating the proportion of searches in Argentina and the rest of the world) draws attention once again.. A value of 100 indicates the maximum popularity of a term, while 50 and 0 indicate that a term is half as popular or not at all.

Artificial Intelligence (AI) attempts to make machines imitate man, and includes the concept of Machine Learning (ML) as a key dimension. Specifically, it is important to understand what ML guarantees and does not guarantee when it is used in solving business problems. There are 4 classical approaches to define AI: a machine can act and think humanly and rationally. 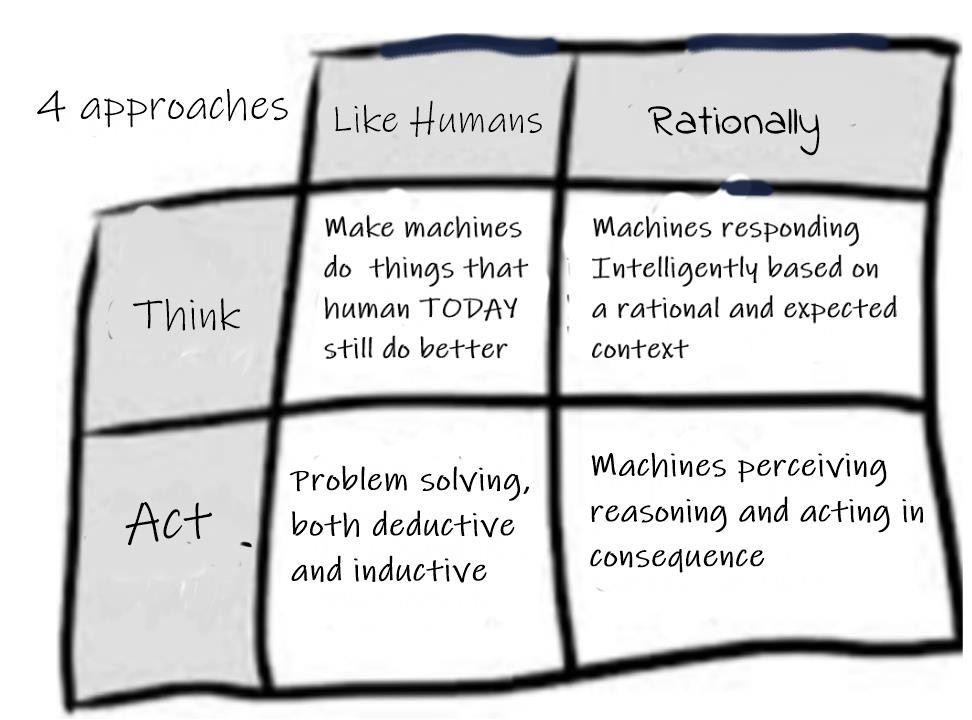 One of the basic required capacities of this machine, as to act and think, is to learn (Learning). So, for the machine to attempt to imitate man, it must first interact with the environment and from it detect and extrapolate patterns of data that are being received. Hence the term Machine Learning.

What does learning mean in these terms? Each observable aspect of reality is generated by a series of instantaneous or delayed causes, accumulating and expanding by thresholds in an infinite number of impactful ways. The observable data, changes state when all or some of it induces movement. If we could understand the what, when, how and why the interesting aspects of reality changes, we would clearly have the ability to influence events at its whim and convenience.

In mathematical terms this means that the entire orbit of explanatory variables that are causes of an observable event, which we will call the target, are related to it through an unknown function.

Machine Learning, in the supervised case, only tries to find that function with the variables that are offered, giving three very common situations.

If the data is ‘trash’, the output is ‘trash’, even if you use the most complex and powerful algorithm available. Machine learning cannot learn anything in this case.

If the target is fully specified (every explanatory variable is included), machine learning could learn the target with minimum error, despite the enormous complexity that it could involve.

This is the most common situation which results in only being able to specify some relevant variables, proxies to the necessary ones, or other variables that are redundant due to high interaction with others that do not have a clear relationship with the target.

Machine learning only ensures to eliminate bias and minimize error. What is often confused is the latter. This error refers to the theoretical error that can be achieved when the variables offered to the algorithm try to learn the target. This minimum theoretical error does not depend on Machine learning (it only depends on the variables). ML only guarantees to take it to its minimum value while trying to reach for the theoretical one, which may still be unacceptable. The bias represents the memory capacity that the function had when it was trained. Memorizing implies learning non-generalizable details and the famous overtraining or ‘overfitting’ occurs and thus, machine learning fails.

In summary, Machine learning only guarantees that given a set of explanatory variables and an associated target, it will try to learn the latter with minimum error and generalize that specific learning to any future data that is presented to it. It does not promise that the target will be perfectly learnt, despite the use of highly complex models. It will only learn (a lot, medium or little) what the included variables allow thus being able to generalize to future data.

It does not do magic or find patterns that do not exist in the data to explain to the target.

Machine learning is a laborious and interdisciplinary process. If you solved a problem just by providing a data set and running an algorithm, the problem was trivial. In general this is not the case.